Back in 2015 I saw these three murals by Nicholai Khan in Las Vegas.  Khan was born in Trinidad but moved to Manhattan (New York City) in the 1980’s.

below: Charlie Chaplin & his dog, surrounded by laughter.

There is a lot of street art in Quito.   It covers a lot of concrete walls that are part of the city’s infrastructure (supports for elevated roads, walls around buildings, etc).   Here is some that I saw in February 2018.

below: Two people, one inside sitting pretty in pink and one outside.

below: A bird in flight.  One wing looks like flames while the other wing resembles water.   Signed by yo-ho-ho.

below: Many, many faces in pink.

below: Part dragon and part fish?

below: A painting by BEGO

The next few paintings were on a wall surrounding an house that was falling down.

below: This is the last of the photos from the ruined building – note the broken bottles across the top of the wall.  That’s very common in Quito… although electric fences seem to be replacing broken glass as a means of keeping trespassers out.

below: Laughing and pointing

below: Someone stole an orange cone.

below: Covering his mouth and I don’t think that it’s because he’s coughing.

below: Pasteup over his face, a mouse and a mousetrap

below: Another gorgeous bird.  Signed by Pagach? (Pagache?)

below: Painted on a rusty metal gate.  Reaching for the skull.  I am not sure of the words but if it’s “ponte y las alas” that translates to ‘stand and the wings’ but there are more letters.  Any ideas anyone?  Painted by Aster in 2017.

below: Graffiti behind the fence

below: Supay Corpus in a residential area.

below: Someone likes to paint underwear, men’s brief to be more specific.

below: A very realistic portrait of an old man with one green eye open.

And last, there were some word stencils….

below: #2mayo and “ecuador ama la vida” which is ‘ecuador, love life’ is now someone’s love note to Mina.

below: “Sigue to corazon & disfruta el viaje” which means “follow your heart and enjoy the trip”.

below: Natura Insurrecta?  and “Mineria responsable cuento miserable”.  The direct translation for the latter is “mining responsible, tale miserable”.

These photos were taken in June 2015

Belfast is home to more than 250 murals.  Most of them are political or historical in nature and concern the recent “Troubles” in Northern Ireland’s past.  But there are other murals in this city, and other street art.  This post features some of the apolitical murals that I saw late in September of 2016.

below: A large mural by Smug One on High Court Street  (One of his murals previously seen in Melbourne – Smug on Wood Street)

below: Keep Her Lit, keep the furnace in your heart burning, keep the fire alive.

below:  These fingers are pointing at you in a mural by EMIC.  3D glasses are available in Sunflower, which is a store across the street.  It’s difficult to take a photo in 3D!

below: This blue woman looms over one of the smaller streets in downtown Belfast.

below: Fighting with swords while a dead (or injured) dog lies on the floor.   Surreal?

below: The vertical painting in browns is done by KVLR

below: A mural by Kashink  who is an artist  from Paris.  She has painted in many cities around the world and some of her work can be seen in Montreal.

below: A colourful dog by Verz, a local artist.

below: A mural showing streets at night, lights and reflections, by Dan Kitchener

below: One of the hazards of taking pictures of street art is the usual presence of parked cars.  They get in the way.  A lot.  Sometimes you just have to make them part of the composition.

below: And then there are the times when the cars are just in the way and there’s no way around it.  This black bird was painted by Spanish artist Sabek.   It would be nice to think that the arrow is aimed right at the car roof and that it missed the bird.

below: Continuing the bird and arrow theme is this mural titled “The son of Protagoras” by MTO (French born, now Berlin based).  The mural is located in the yard of Northern Ireland War Memorial.  Note the markings on the arrows.   Protagoras (about 490 – 420 BC) was a Greek philosopher; he was either an agnostic or an atheist.

below: This snake and arrow mural was painted in 2015 as part of  the ‘Hit the North’ event when 30 murals were painted in Belfast.   Some of the other murals in this blog post were painted then.  If you watch this video on youtube you might recognize them!

below: A fantastical dragon creature in purple and orange walks along the pavement.

below: A cockatoo by Dan Leo sits high on a wall, brightening up the side of a building.

below: On the fence beneath the cockatoo is this mural.  It seems to be a deer hunt?  The woman and her dog are chasing the deer?  Or running with the deer?

below: A Faigy mural, The owl doll Millies

below:  A wonderful portrait of a man by DREPH.  I saw a few slices of bread with feet… The signature on the side of the bread seems to say Artista.  The himbad signature on the left goes with the cat in the picture below

below: Himbad cat, wide open mouth and many sharp teeth!

below: Now it’s Puinsai Hawaii at any time.

below: On the Restore Charity Shop, a woman by Emic.

below: ‘LOST’, a man with harp antlers and a pink nose, two lonely whiskers and a grille over his mouth.  My apologies for the fact that the quality of the photo is such that the smaller words are illegible.  I think that what is lost is dip-py but could be dup-py.

below: More pasteups.  A Citizen Nobody poster is surrounded by other pasteups in various states. “The will to consume terrorises you.”

below: Ireland is not full of leprechauns.  There is one on this wall but I didn’t see too many others, real or otherwise!  There were no pots of gold either.   I saw a few nuns though including this one by David Creative.

below: Pull up a mattress and make yourself comfortable.

below: A mural or an ad? 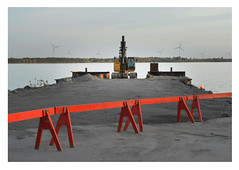 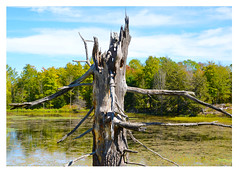 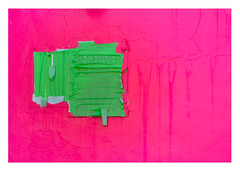