The entrance to Strachan Place (in Melbourne CBD) is marked by a large mural by adnate.

below: I am not sure who the artist is but the white rabbit wants you to know that it’s 12:01.  Is that late?

Scroll down to the next post to see more adnate in Melbourne.

In 2017, there Last year, there were 346 officially designated ruelles vertes, representing about 69 kilometres of laneway, in Montreal.  One of these alleys is in the vicinity of Milton and Parc.

below: Two murals by Kael Paradis – the first blue triangle shapes on red

below: The second Paradis mural is “La Fete des Voisins”, a winter scene

below: A tree of words, words such as diversity, art, croissance, foi, loving, fierte, desprit, and many more positive statements.

below: The same tree, but more of it.  Multilingual too.

below: A young boy by 5 Stars

below: A variation on a slogan, “just do it”

below: yellow faces, holding up a portrait

below: Charlie Chaplin and the kid

below: A fish out of water, swimming down the street

While I was in Havana, the Duodecima Bienal de La Habana was also on and some of what I saw on the streets, including the photo below, probably belonged to that.  The Bienal De La Habana is an art festival that occurs every three years (yes, three years even though bienal means every two years!).  The next festival will be in November 2018.

below: The little blue signs says “Gabinete del imaginario” which translates to Cabinet of the Imaginary.

below: Oops I did it again, scribbles on the wall.

below: Black and white portraits overlooking the street

below: “…no quiero mas el queso” or, I don’t want more cheese.   It is signed as Cuba Ecuador 2015 as well as Ratador.  So far I haven’t been able to find any information on this artist.

below: Waves of hair, waves of water

There are also a number of political pieces.  I suspect that some state are sponsored and some are not.

below: CDR #8 refers to Committees for the Defense of the Revolution (Spanish: Comités de Defensa de la Revolución) which is a network of neighbourhood committees across Cuba.  Their purpose depends on what side of the fence you are on.  They promote social welfare and report on counter-revolutionary activity or they are a secret police organization.  Take your pick.

below: This is the symbol of the Young Communist League in Cuba.  In Spanish it’s  Unión de Jóvenes Comunistas or UJC. Estudio, Trabajo, Fusil = Study, Work, Rifle.   The symbol shows the faces of Julio Antonio Mella, Camilo Cienfuegos and Che Guevera.  Mella was a founder of the Cuban Communist Party while Cienfuegos and Guevera were major figures in the Cuban Revolution.

below: A UJC mural, “fieles a nuestra historia ” or Faithful to our History.

below: Che Guevera on his own.

below: A woman looks out the window above the mural.  The words on the beige part say “Puedo esperar mas que tu, porque soy el tiempo.” This translates to, “I can wait more than you because I am time. ”   On the red section the words are “Salvador 26 to 95”.

below: And last, a picture that was definitely a part of the Bienal.  ‘Identidad ‘ by Julio Cesar Garcia  It is part of a series of photos called Resistencia.  The words that accompany it are given below along with a translation – not the best but with my beginner Spanish and the limitations of google translate, you get what you get!

Identidad is the first in a series titled Resistencia.  Appealing to the use of language and the concept of street art, the series is composed of large format portraits located, in the long term, in several cities of the country.   The intention is to intervene on walls, buildings, sidewalks and streets of the city with large photos made in the form of mosaics on chrome paperboard. The works [In direct relation with all types of public from the process itself of its installation]  will have an ephemeral character.  Resistance will be a slogan, an attitude, a way of life and making art.

a giraffe or two

as well as other swimmers

and a few cats

These photos were taken in June 2015, and were originally posted on As I Walk Toronto blog. 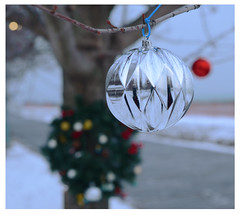 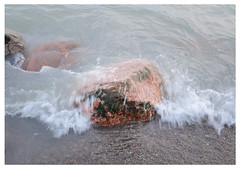 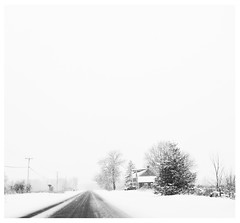