“The Fall of the Gods” can seen on Via Ostiense.  It is a 40 metre mural painted in 2015 by Carlos Atoche and Mexican artist Luis Alberto Alvarez.  In it, images of ancient Roman statues have fallen and are now underwater.

below: This was above the mural

Pictures of the mural back when it was freshly painted can be seen on Carlos Atoches’ website.

In the Ostiense district in Rome there is a large mural of a heron titled “Hunting Pollution”.   It covers seven storeys of a residential building and took 21 days to paint in 2018.

The artist, Federico Massa (aka Iena Cruz) has used Airlite paint.  This paint has been engineered to clean the air around it by neutralizing some pollutants.

The mural was commissioned by Yourban2030, a female non-profit group that strives to bring awareness to environmental issues.

As you walk around Florence Italy, you can spot street signs that have been altered with witty additions of shapes and figures.  Similar signs have been spotted in Madrid, London, and Paris. Most of them are the work of Clet Abraham but there are a few that were created by Yipi Yipi Yeah, or YYY for short.   Here are a few that I saw in Florence early in January.

below: A policeman’s love

below: A goalie defending his net

below: Chiseling away the white bar.

below: Only two eyes seen because of a veil

below: A game of cat and mouse

below: Using a pair of scissors

below: A hanging brought to you by Yipi Yipi Yeah

below: Cupid’s arrow right on target

exitenter is a prolific graffiti artist whose art is usually centered around red hearts, love, and equality.  The pieces with their stick figures are simple and direct.

below: Reaching for love

below: Swinging on a heart, in love.

below: Apart and fighting, but come together in love.  Another way of saying “All you need is love”.

below: Together, hand in hand looking for love.

below: Juxtaposition of the Nativity scene with the idea of refugees. 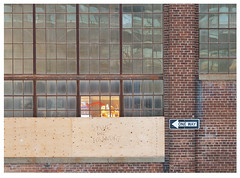 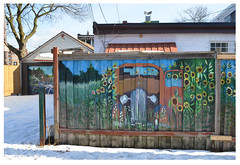 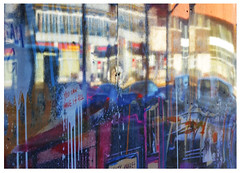