below: On the side of Lorigo’s Meating Place on Grant Street, a large mural featuring many people that was installed in 2013.  This is “Grant Street Global Voices”; it was created by muralist Augustina Droze with help from students at International School 45 and Lafayette High School.   Eighty panels were put together to form the mural – and unfortunately a couple of them seem to have fallen down.

below: Also on Grant Street is another community mural… The PUSH mural by Max Collins and others, named for the fact that it is over the entrance to PUSH (People United for Sustainable Housing) center.

below:  A large octopus swims close by on this door.
A supersized creature for a supersized door. 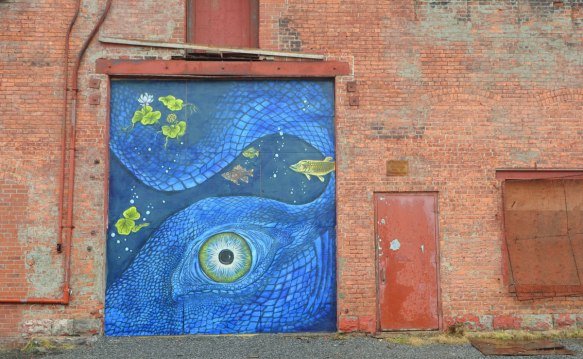 below: Unicorn!  But behind a fence. 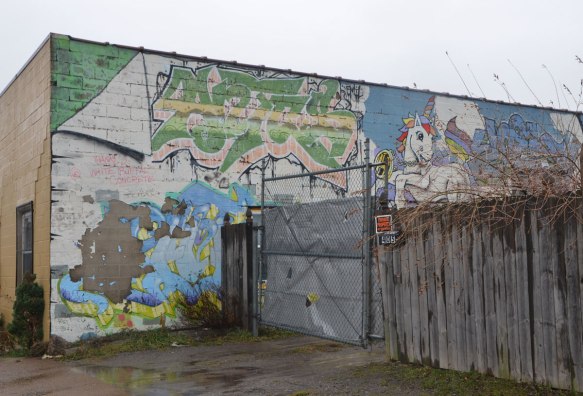 below:  It was the interesting architectural detail over the door that first caught my eye.  Then I notice the words, “diez anos como un roble cayendo”  Ten years like an oak falling?

below: A flute player plays to a parking meter.   A Buffalo parking meter of a type that is long gone from Toronto streets.

below: Sweetness cafe is the scene of at least three pieces of street art, starting with this woman who smiles at those of us who look up from the sidewalk.   I also like the white mugs hanging from the awning.

below: The door next door has been re-done but that involved removing the face of this paste-up.  A facelift gone awry.

below: But this painting is still on the wall of the Sweetness Cafe.

below: And we’ll end with the trash.  He’s looks happy to take care of your garbage.
Added note, Sonder is a band from Buffalo 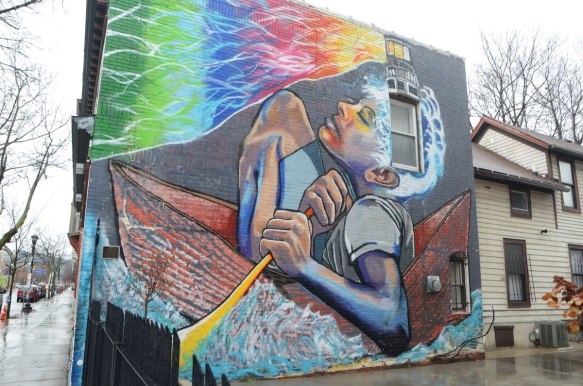 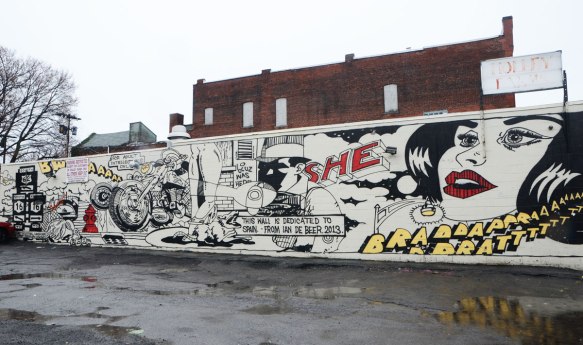 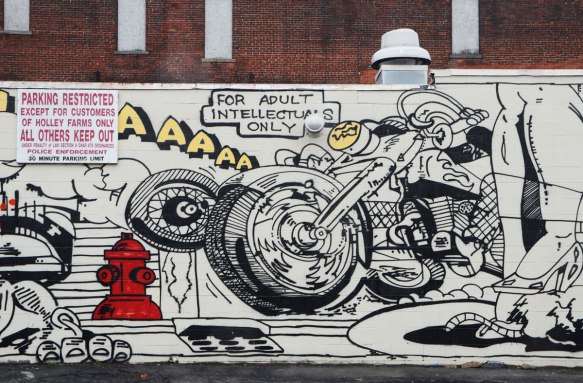 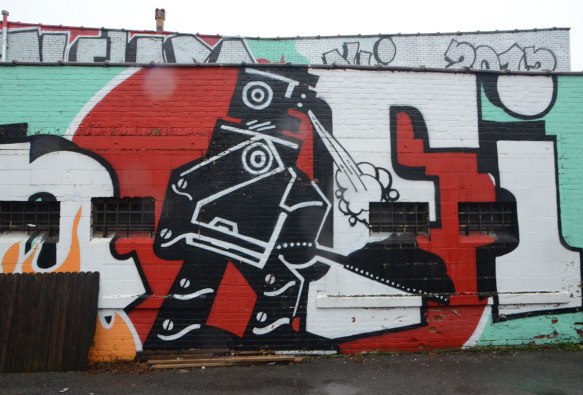 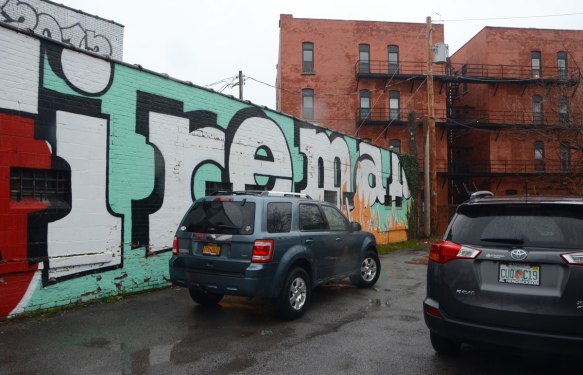 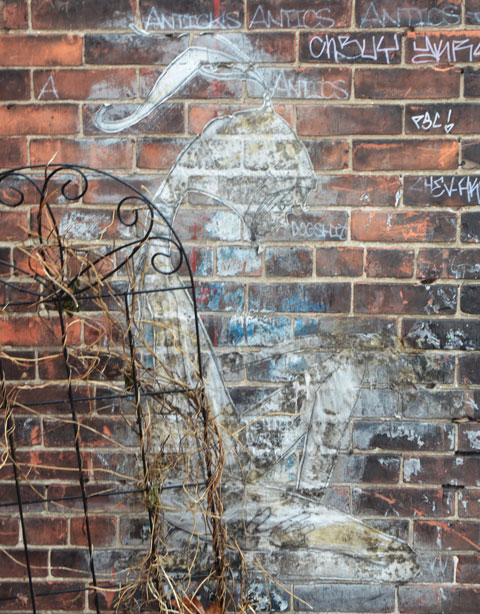 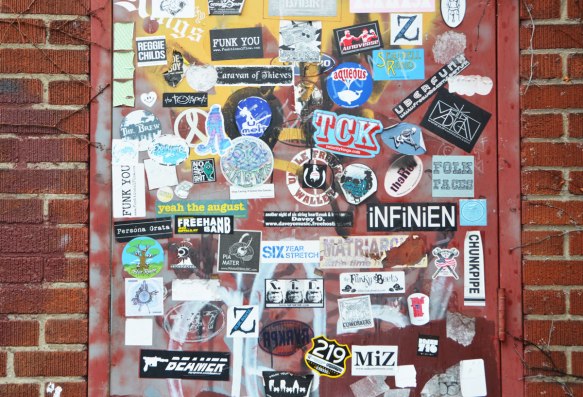 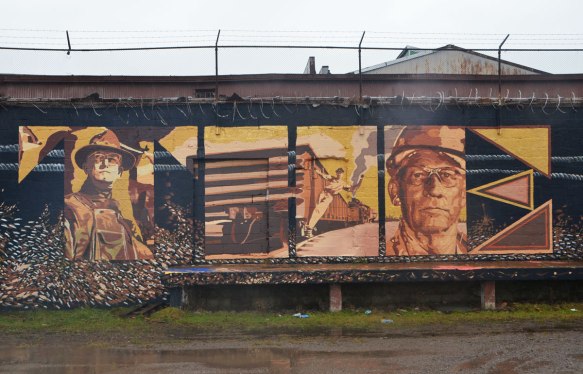 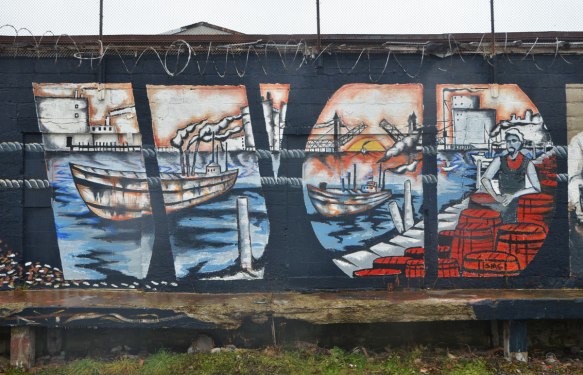 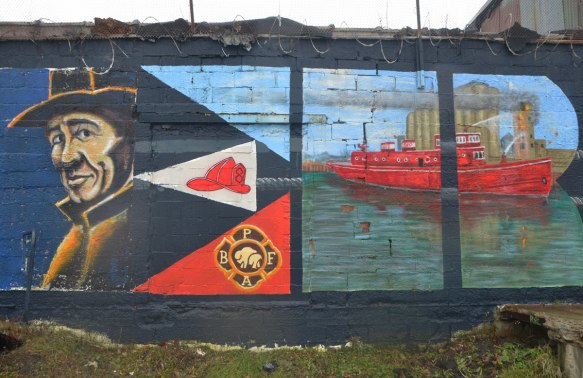 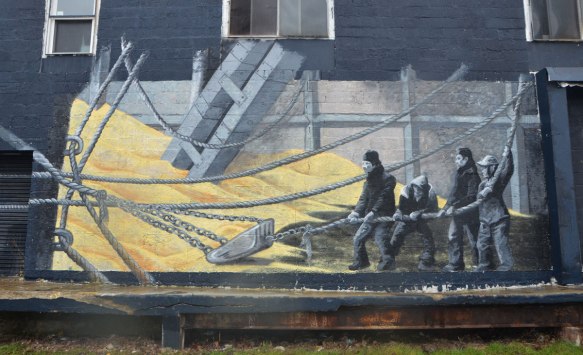 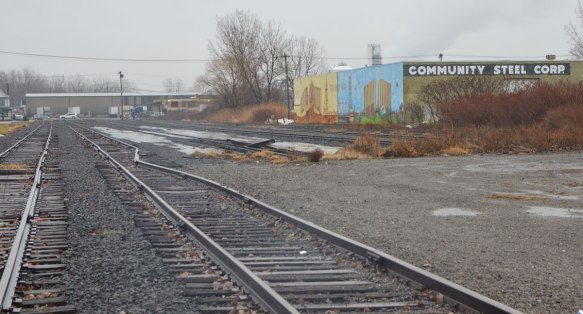 The last train left Buffalo Central Terminal station on October 28, 1971.  Many of the platforms remain, abandoned for more than forty years. It was a modern structure when it was built in 1929 but now it lies in disrepair. The upper level offices and waiting rooms are open to the elements and the tracks are overgrown. 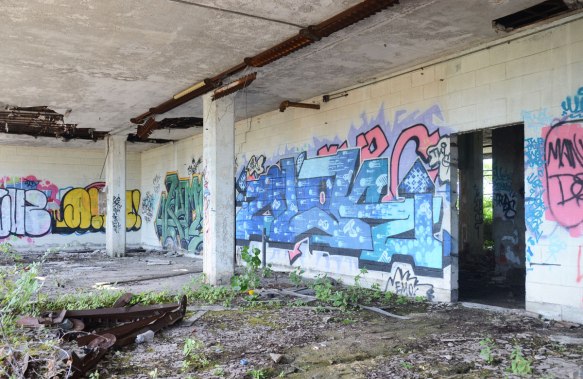 There are few reminders of its former life

but most things that could be removed were ripped out long ago. 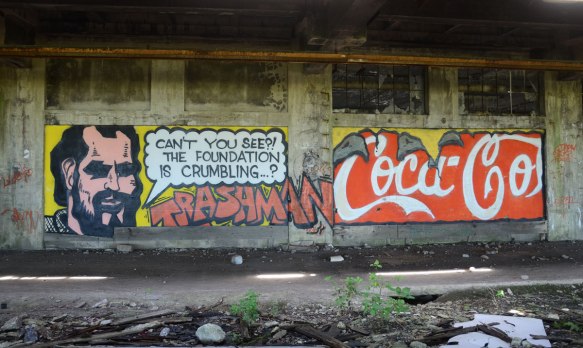 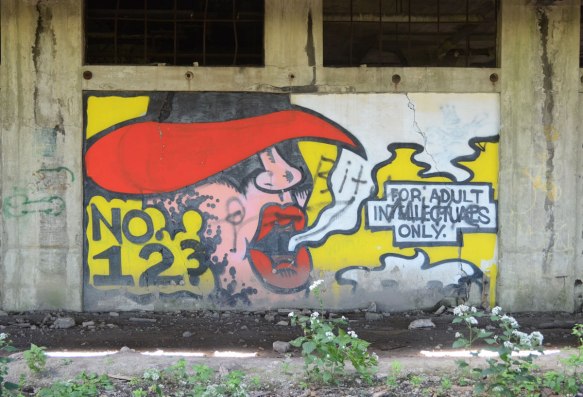 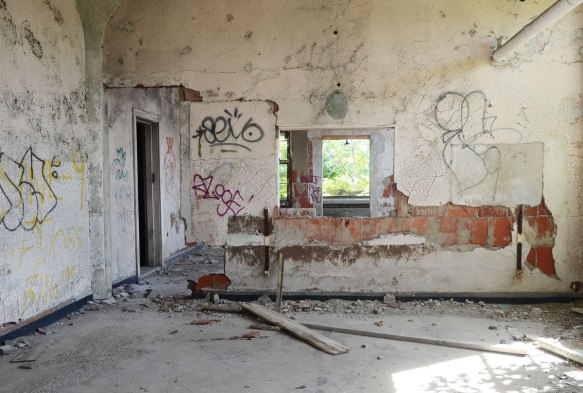 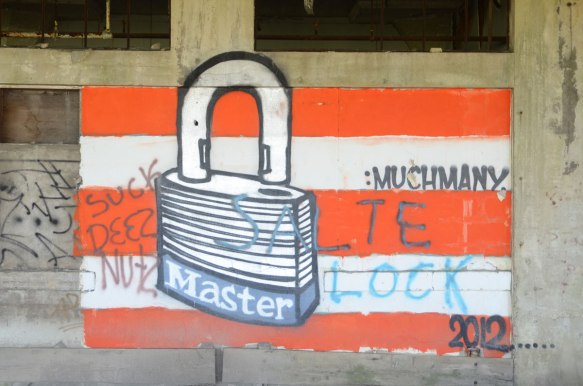 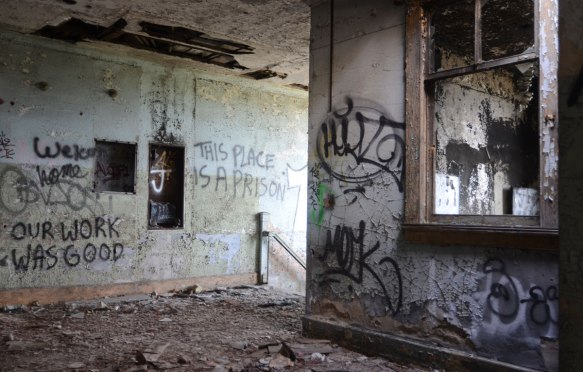 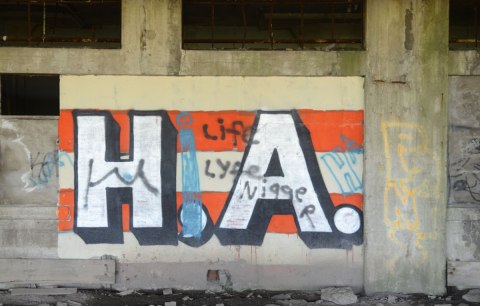