Street art of a slightly different kind….  Seen pasted on a wall on a street in Paris – a display of black and white prints of famous paintings by women artists from over the centuries.

below: Portrait of Antonietta Gonzales painted by Lavinia Fontana. (1552-1614). She was possibly Italy’s first professional painter. The subject of the painting, Antonietta, suffered from a condition known as hypertrichosis (aka werewolf syndrome), a rare genetic disorder that results in excess body hair. Antonietta’s father also had the disorder as did two of her sisters.

below: ‘Portrait of a Lady as a Vestal Virgin’ by Angelica Kauffman (1741-1807), a Swiss Neoclassical painter. Her father was also a painter. He started teaching her at an early age and by 12 she was already known as a painter in her own right. Kauffman was one of only two women founders of the Royal Academy in London.

below: Another still life with flowers, this one by Rachel Ruysch (1664-1750). She was a Dutch artist whose painting career lasted more than 60 years; she was a master at painting still lifes with flowers.

below: ‘The Redeemer’ by St. Hildegard von Bingen (c1098-1179), with a copy of the original (in colour and unfaded) underneath. St. Hildegard, or Sybil of the Rhine, was a German Benedictine abbess with many accomplishments to her name.

below: ‘The Penis Tree’. Between about 1325 and 1353, Jeanne and Richard de Montbaston printed books and manuscripts including the “scandalous, rude and misogynistic” poem, the ‘Roman de la Rose’. The first 4,058 verses were written by Guillaume de Lorris in the early 1200s and they describe a courtier’s attempt to win over a woman. About 40 years later, Jean de Meun (aka Jean Chopinel) wrote another 19000 lines. This was before the invention of the printing press so each manuscript was hand drawn. The picture shown here of a nun picking penises from a tree is attributed to Jeanne de Montbaston.

These six street art portraits by Nô were seen on or near Rue Dénoyez in Belleville, Paris…. an older aboriginal Australia with his decorated boomerang, two young girls looking out for each other, another child, a man in dreadlocks, a green eyed woman in a head scarf, and an indigenous American in a feather head dress.

There are many more examples of his portrait painting on instagram, no street art

Photos were taken in June 2022

In the 13th arrond. of Paris, on rue de Croulebarbe, there is one segment of wall covered with street art.

below: Unfortunately Chloe’s name has been added on top of this mural by Titomulk, a pair of French artists. It hides some of the intricate black and white details, as well as some of the text, of the “Insania Cultura” mural. A singer with her microphone, a portrait of Van Gogh, a book with the title “Knowledge is Power”, a Spiderman mask, and a very naked man. “Si vous trouvez [illegible] culture, coute cher, essayez l’ignorance” translates to ‘If you find culture too expensive, try ignorance.’

below: Painted to celebrate the 50th Anniversary of “The Kid”, a silent movie starring Charlie Chaplin, by Sweb and Sonia O.

below: A Mr. Myl creation – text and a toothy purple guy with a white nose ring, greenery, and barbed wire

below: Five black and white portraits of women with red text, “Hey Heroes, I will be your Queen”.

below: 3-D blue man face with rainbow bubbles by Gregos.

below: More 3D heads, this time it’s Mr. Serieux with 5 green stars, Mr. Affreux, Mr. Soleil with his yellow rays of light, and Mme Lune with an orange crescent moon that looks like an orange banana or a piece of canteloupe.

below: The cafe may be missing an A but it’s got a heart, if you can work your way through the maze to reach it.

below: It’s all about the Journey, by studiojonesie, aka Amy Jones

below: It looks like a naked man climbing a mountain of rocks, a long uphill journey.

below: Rue des Deux Boules is a short street, only one block long. At one end is rue Bertin Poiree where you can find these two little 3D objects stuck to the wall – a gymnast standing on one hand and a striped octopus.

On a little dead end street near Gumpendorfgasse u-bahn station, there is a small series of murals. The most prominent one, is of a man in a black striped long sleeved T-shirt taking a picture with a polaroid camera.

To his right are a few images that look like they are the resulting polaroids – part of his collection perhaps.

These images were painted by Jana and JS, a couple who have been painting murals together for many years.

in the Margareten district of Vienna…

below: A collaboration between Dutch artist nilsRVA (aka Nils Westergard) and local Viennese artist emilone (aka emanuel jesse) produced this peaceful looking sleeper.

below: The woman on the right with the curly hair was painted by Paola Delfin.

below: Some more emilone pieces – unfortunately with some graffiti added.

below: Down beside the man in the baseball cap, there is text, p.phobia. Is this a “signature” of the person who painted that man? The righthand side of the artwork is more emilone.

below: Paste ups on a door

below: Dressed in orange robes and running shoes…
with a hope of peace, by Unify

below: A large hedgehog by ROA

below: All on a grey fence

below: Reading comics together 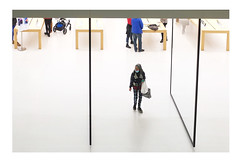 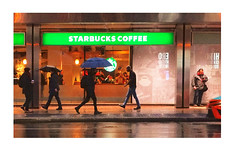 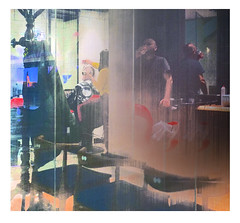 Eyes on the Streets
Blog at WordPress.com.
Loading Comments...