below:  The green creature (with Ore on its tail) seems to want to eat the heart.  The tiger appears on walls in many Spanish cities although sometimes he’s just a black and white head.  He’s the creation of Bloo.  Last, an orange crab with eye lashes on one eye.

below: Another face, this time a woman looking up.  She’s not quite obscured by the paint around her.

below: “Lo importante esta en tu cabeza” on empty cans. As it turns out, this the name of an album by the group La Gran Orquesta Republicana.  Rough translation is: The important is in your head.

below: More cans on walls. This time they say “mensajes de amor en tiemps de guerra,  mensajes de paz con la mente  guerrera”. [messages of love in times of war, messages of peace with the warrior mind].   This can art is the work of an anonymous couple.   Many examples of their work can be seen on instagram with the hashtag #llaunesbcn

below: Funny Bone and a little hairy chested, hat wearing, tattooed fellow with love on his tummy (or lower).

below: Güelcom was an Argentinian movie, a romcom from 2011.   Because of my poor Spanish as well as the rip in the paper, I can’t tell what the second word is.

below: A black and white paste up.

below: Very, very with symmetry, as a red rose lies on the sidewalk.

below: somiatruites, Catalan for daydreamer

below: Utility box.  JERC = Joventuts d’Esquerra Republicana de Catalunya (Young Republican Left of Catalonia).   They support independence for Catalonia which is the part of Spain that includes Barcelona.

below: The Hulk.  Even he is locked out.

below:  Watering can and plant pot faces.

below: Another collection of small paste ups on a wall.  There’s that tiger again.   A blue unicorn and a very large insect share the upper left corner.  That little black and white figure in the bottom left is a flying peanut, a character by Hadsawit that really gets around.

below: The Raven, or at least a large black bird 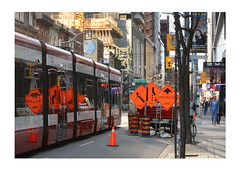 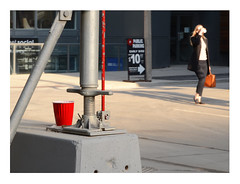 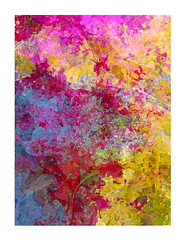