below: “May an Old Song Open an Old Door” is a bright mural that catches your attention as you approach the entrance to Montreal’s Chinatown at Rene Levesque Blvd and  St. Laurent.   A woman holding a yellow lily stands between two red masks, one represents optimism for the future and the other represents nostalgia for a past left behind.

below: A close up of the opera singer in the center of the mural that was produced by MU and  painted by Gene Pendon and Bryan Beyung in 2015.  MU is an organization whose “mission is to beautify the city of Montreal by creating murals that are anchored in local communities.”

below: A more traditional Chinese painting based on calligraphy

below: “Salut Gilles” by Benny Wilding, a tribute to F1 driver Gilles Villeneuve. Unfortunately, a lot of it has been tagged over including the painting of the racing car.

below: Serving up noodles with a giant ladle.

Two of the walls that enclose the grounds of Terra Sancta College in Amman are covered with street art.  Most of it was painted as part of Baladk 2016 (art festival).  One of the walls features the red and white “name tags”, you know the ones that say “Hello, my name is….”.   The first one though has “city” instead of “name” because the general theme of Baladk 2016 was ‘Our City – The influence of the City upon yourself as an artist’.

below: Hello my city is Aman by aster.93

below: Black letters on the left by Kels aka Ali Amir and the red text (and DHAP Fam) are the mark of Deyaa Rambo

below: Yo! My name is Yaratun aka Yara Hindawi

below: A name tag painted by DeevGraf aka Abdelrahman Hasan

Our friendship is magic – Wedad and Eslam

below: A small green stenciled duck

below: The City is so Empty is the work of Hamza Al Salhi

below: The octopus was painted by Ibrahim Tonnerieux

below: A portrait of a young woman by Suhaib Attar, 2019

below: “Our City” graffiti by Ammar Sinan (siner) and Wize One aka Wesam Shadid

below: On the left, the pink design is by Yazan Hija, aka arthudz.  On the right, piano keys over her head, Metallica Load in her ear, and leaves for hair, by Suha Sultan

below: …With an addition by Joanna Anwar Madanat

When the silence gets old, make your own noise.

below: another Wize One contribution

below: His hand and wrist obscure older street art.

below:  On the left, an Arabic verse by Dina Fawakhiri

below: by Hind Al Far

As an aside, I saw one other Bully mural elsewhere in the city.  This knight in armor seemed to be on its own.

There is a large mural by Lebanese artist Yazan Halwani covering the side of a building on Nadeem Al Mallah street in Amman.  It was painted in 2016 from a mannequin wearing a folklore type costume.

Like a lot of Halwani’s work, the design relies on calligraphy & Arabic writing.  It is meant as a statement about the mix of Jordanian and Lebanese cultures. 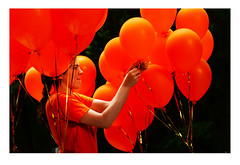 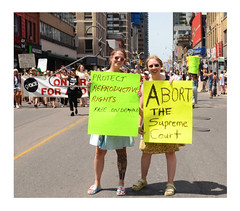