The Wabash Arts Corridor, founded in 2013, is a portion of Wabash Street in downtown Chicago. It is now the home of many large murals in a wide variety of styles.  I know that I didn’t find them all, but here is a large selection of them.  I’ve also included some smaller pieces that aren’t necessarily part of this project.

below: A peacock painted in black and white by thedailydrizz aka Andrea Dunn

below: Slime Mountain by Heidi Unkefer 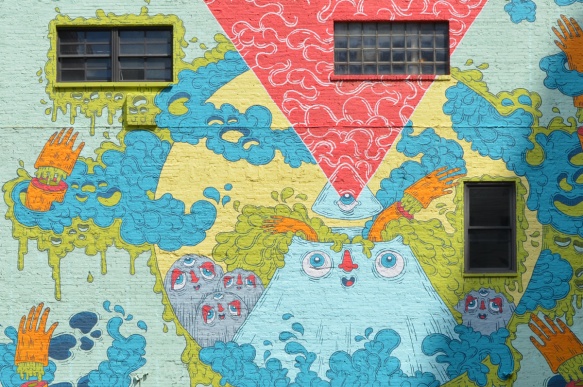 below: by Jordan Nickel, aka POSE 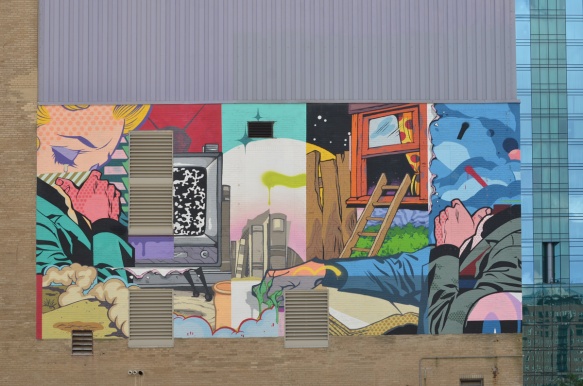 below: Many faces on the walls at this corner.  On one side are colourful abstract faces by Kashink, 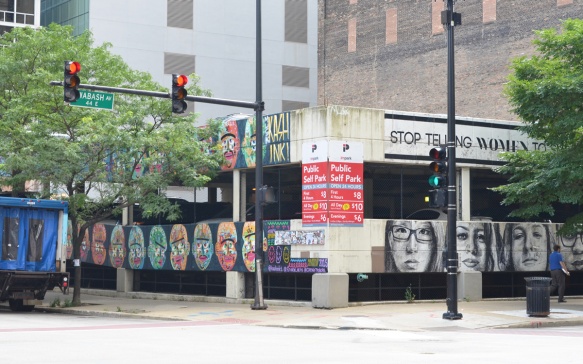 below: “Stop Telling Women to Smile” is the title of the series on the other walls of the parking structure, a series of women’s faces in grey tones by Tatyana Fazlalizadeh 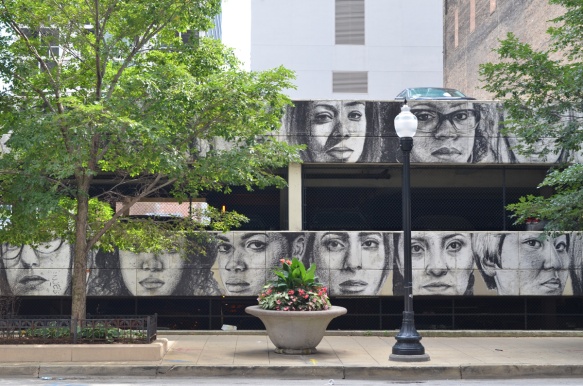 below: A mural by Darryll Schiff, “Descending into Heaven”

below: By Lady Lucx and Sarah Stewart, an untitled piece on a parking structure wall. 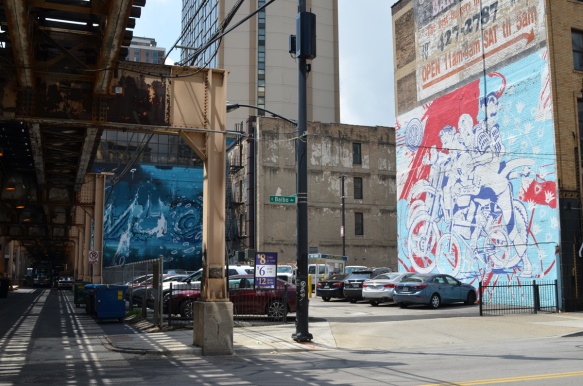 below: Mural  called “Make Your Own Luck” a group of cyclists by asvp on the side of the South Loop Club Bar & Grill

below: Sticker, Lucky Gnome proclaiming happy changes in his life.

below: A paste up on a post, Andy Warhol 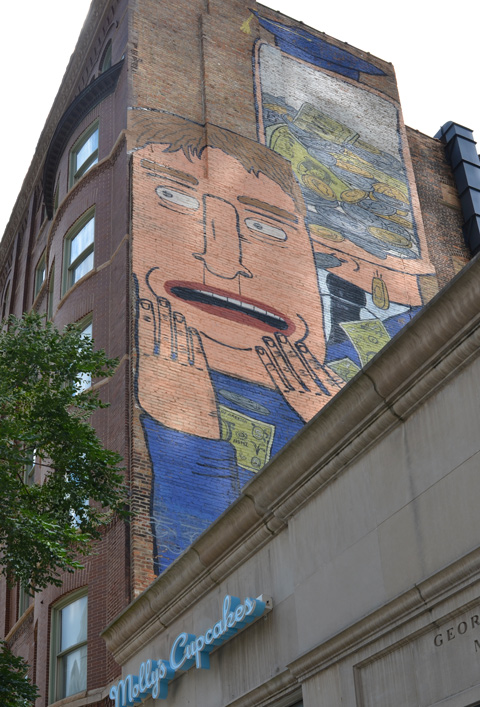 below: On “The El” where orange & green line trains pass by 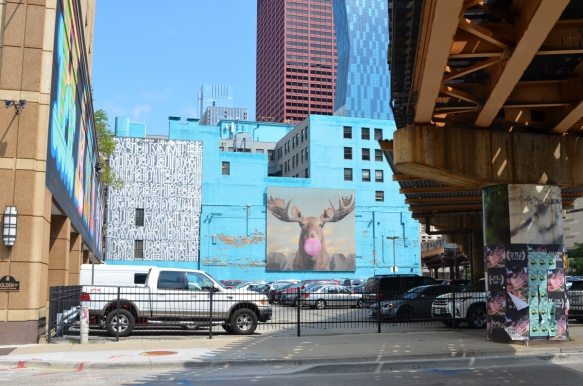 below: Just the “Y” at the end of the word “Harmony” in a mural by Ben Eine beside a silver and grey mural by Marquis Lewis aka Retna

below: “We Own the Future” by Shepard Fairey in the same style as his “Obey” series 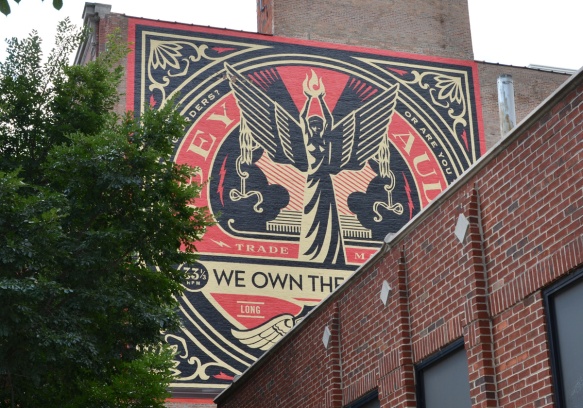 below: Watching over black horses on grey, a mural by Ricky Lee Gordon called “I am You, You are Me”.

below: by Hera, “Imagine if we could Tolerate Each Other’s Differences” 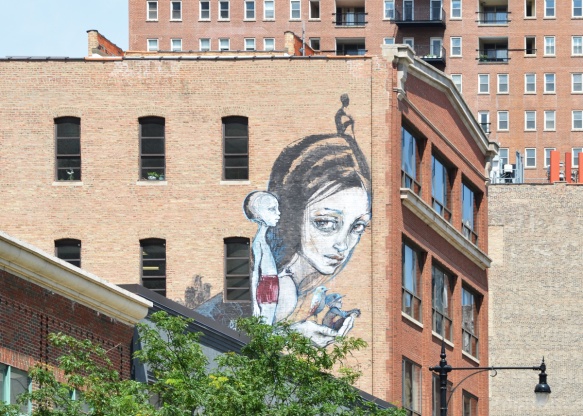 below: A redheaded woodpecker. This is only a part of a larger mural that has been covered over by a large ad.  It was “From Boom to Doom” by Collin van der Slujis.   Seems like doom has won. 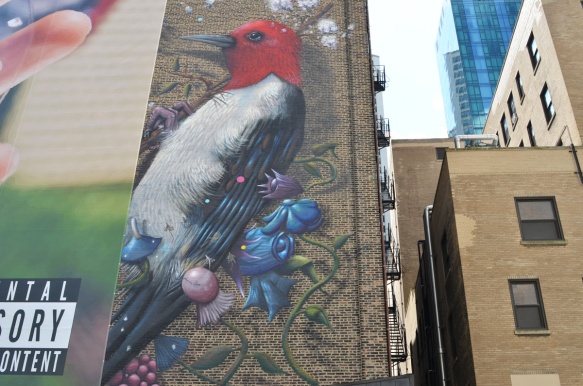 below: “Impossible Meeting” by Marina Zumi

below: On the far right, by antckone aka Anthony Lewellen 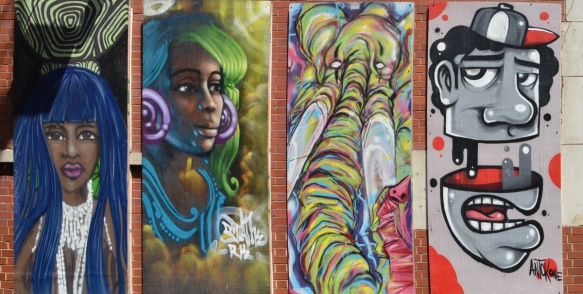 below: Butterflies on the corner.  There are many butterflies in this mural by Hector Duarte.  It is a representation of Mexican immigration.

below: Within the confines of a small dog run, Melanie Vazquez‘s “Contra Todo Siendo Resistendo”

below: A large mural in a small space. “Standing Wave” by Justus Roe

below: Part of “Listen to Learn” by Hello Kirsten aka Kirsten McCrea.   Using an old telephone receiver to shed light on life.  The fence was a barrier.

below: A second rate photo I’m afraid.  It’s taken through the window of a moving train… and I forgot to go back and find the mural after I got off the train.  It is 8100-square-foot mural painted by Italian street artist Never 2501 in 2015.

below: Sun bum is winning.   J.C. Rivera’s “The Bear Champ vs Sonny” 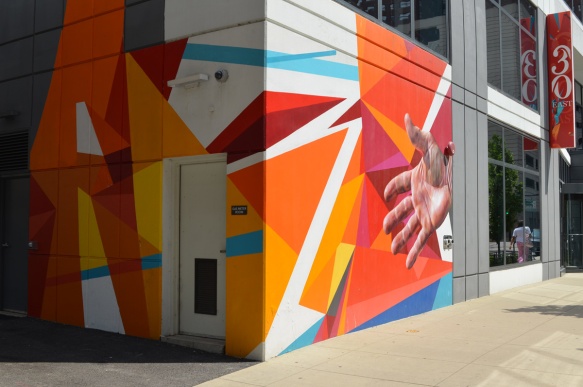 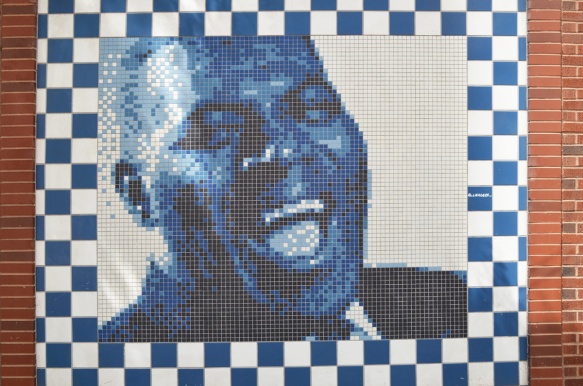 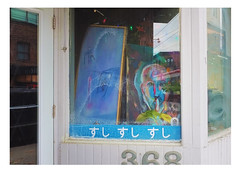 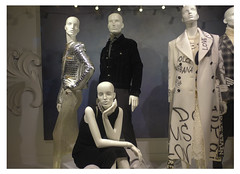 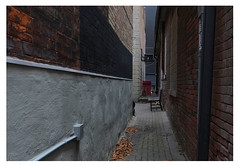