On the SB Tower, corner of 6th Street and Spring Street in downtown Los Angeles, there is this large mural by Robert Vargas.

below: Not just three women but also a white dove, a red rose, snakes, a soldier in black, a revolver, a pistol, rocks, leaves, and a multitude of colours, shapes and patterns.

below: Staring from behind the wire.

below: Two women.  A small woman with angel wings and a larger woman in a blue hood who seems to be playing with the car.   When cars park in front of street art and you want to take a picture – well, you’ve got to find a way to make it work, especially if you can’t get back later.

below: She sees a red book in her crystal ball

below: I think we can include this one as a picture of a woman.  I can almost hear Lady Liberty saying “Cheers” as she raises her pint of beer.  This paste up is the work of @sellout_tcf 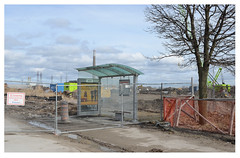 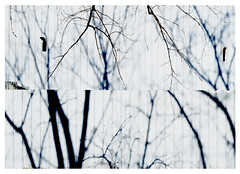 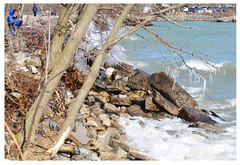