Photos taken of the graffiti and street art in Fishers Lane back in February.

below: Welcome to Bali, vol II by BMD, being drawn with a pencil, and it comes complete with a pink earthworm crawling through the mural and the building.

below: Garfield gets in on the act too. He’s writing on the walls “Nothing but Trouble”

below: A mural by Drew Funk, Deb and Monkey the roller derby women. 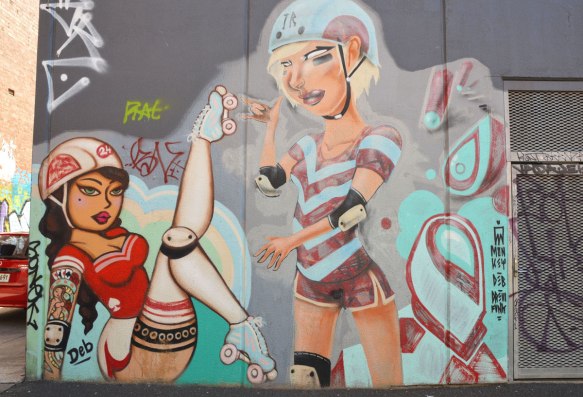 below: Part of the alley, with another mural by Drew Funk in the foreground.

below: Even though this paste up is fraying at the edge, it still looks interesting. The interaction of two people in blank masks.

below: Four square pieces of wood, each with an insect – or at least I assume that the one on the left once had an insect on it.  The mosaic piece looks like something invader would make, but as far as I know he hasn’t been in Melbourne.  It may also be a character from a video game? 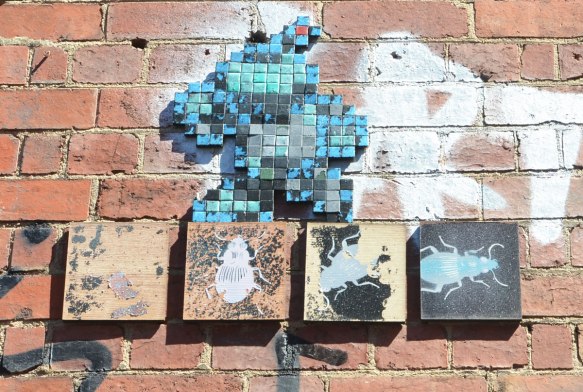 below: Paste up, a woman in profile, on the open hand of a woman – herself?

below:  A suited man with a bird in a birdcage instead of a head, at the rear of 285 Brunswick.  It is signed javer. 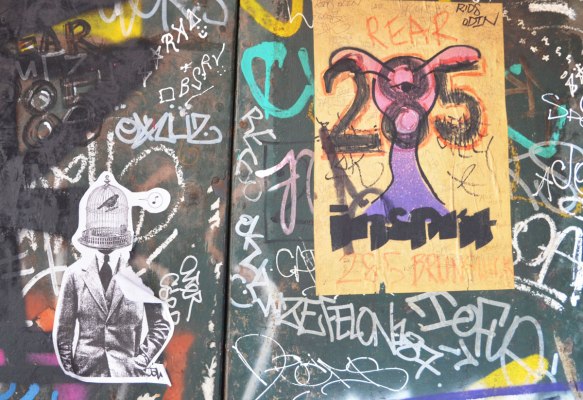 below:  Two more javer pasteups.  Another man with a replaced head as well as a misfit woman.

below: One more javer paste-up.  This time it’s all about water, water falling from the sky and small puddles below.  The words written on the background paper are definitions of scientific terms dealing with liquids, terms such as dew point and absolute humidity.

below: A bird by Sugar, a street artist who likes to paint murals of animals.

below: At first I thought the title of this piece is Lost the Plot, but that’s actually the moniker used by the artist who painted this.

below:  Unfortunately I can’t figure out who the artist is for this one. 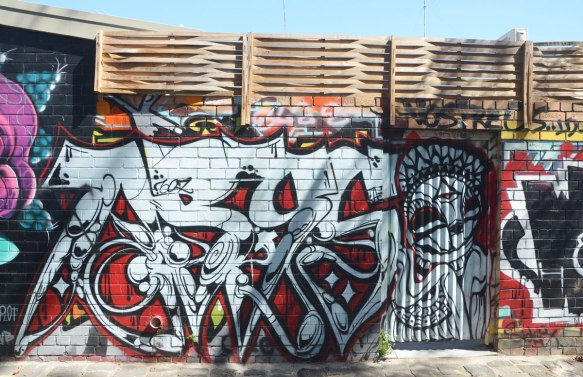 below: He looks at the world through a different set of lenses. 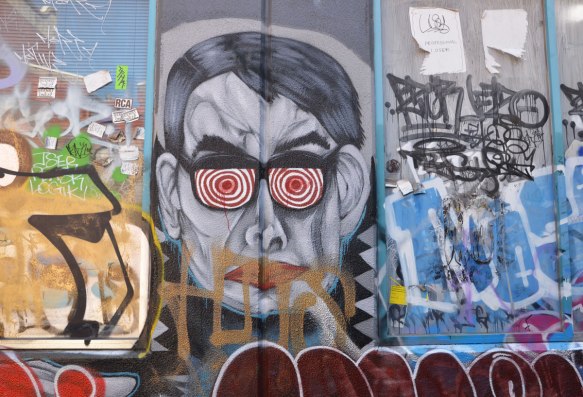 below: This sad looking girl was hiding in a very narrow space.

below: A little hummingbird hovering on the wall.

below: Another view of the lane. 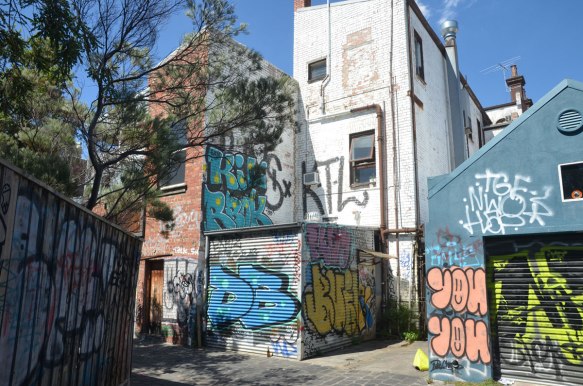 below: Babushka dolls paste up 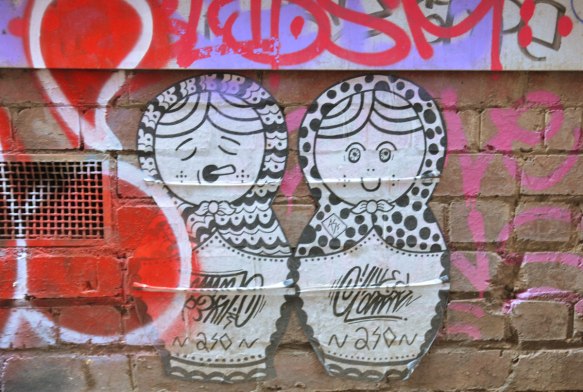