The Bearpit is a park in Bristol, circular in shape and with roads surrounding it; It’s like being in the middle of a large roundabout and in fact it is the St. James Barton Roundabout. All entrances are by underground passage.

It is in an area that is the historical center of the city. After being badly damaged by aerial bombing raids during WW2 , not much was done with it until the late 1960s when new roads and office blocks were built. The bearpit was designed as a pedestrian friendly area, a city park but soon became a place where no one felt safe. In 2011 it was voted the worst place in Bristol . Over the years a number of groups tried to clean up the park and make it a welcoming place for people – with mixed success.

In May of 2017 when I was there it was a place to hang out. It was also a place for political protest.

May 2017 was in the midst of campaigning for the the UK General Election of 8 June 2017. Theresa May (Conservative) was Prime Minister. May had became PM after David Cameron resigned because of the Brexit vote. Jeremy Corbyn was leader of the Labour Party. The Conservatives won the election with 317 seats although Labour was close behind. Like most elections, this one can’t be summarized in a few sentences but if you are interested in more details, there are lots of places to look on the internet.

below: A large Corbyn rat poster by political art John D’Oh with the slogan/phrase “Make June the end of May”.

below: Mural by SP_ZERO aka Keith Hopewell 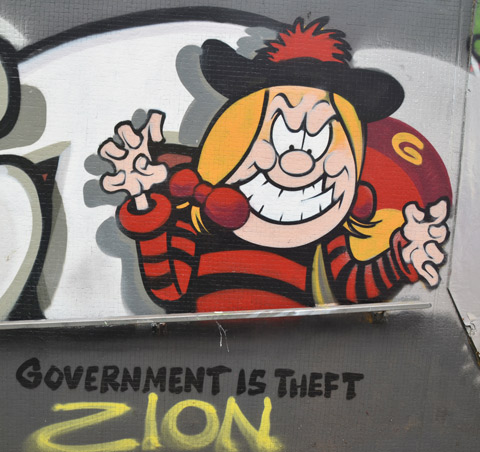 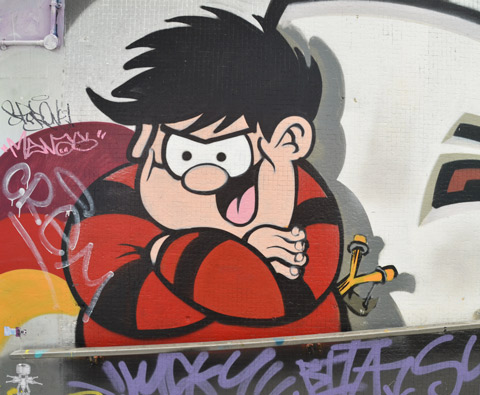 below: While we’re on the subject of Hell, a poster playing on the word exposure by Georgie aka georgieartist.  I love the fact that someone has written “Story of my fucking life” on it. 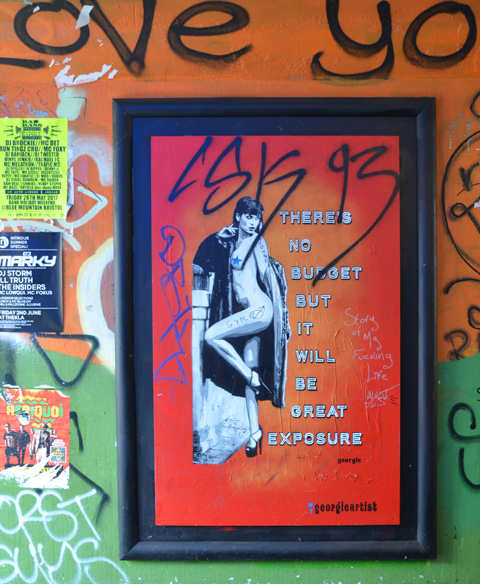 below: A broom with heart by qwert art 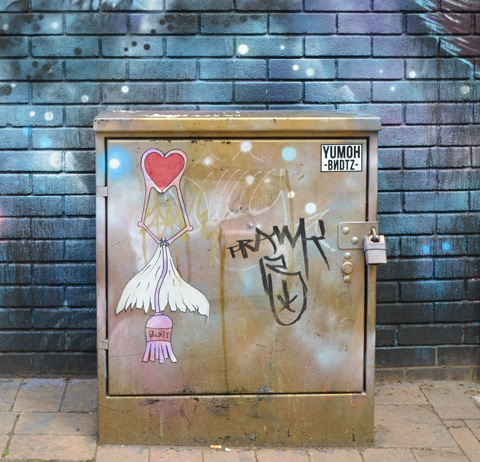 below: Mural by Kid Crayon of Eat Crew.  Just above the mural you can see part of the black and white bear sculpture/statue that used to stand in the park.

In 2019 the Bearpit was “cleaned up” i.e. all the graffiti and street art was removed as were the squatters. A quick check of the area on Google Street View shows that as of March 2021 the park was still graffiti free.