In Collingwood (Melbourne), on Perry Street, there is large mural painted by Phibs in 2015.  A portion of the bottom of it has been tagged over.   I only have two photos of it (taken December 2018), each is roughly half of the mural.

On the right side:

and on the left side.

This is a screenshot from google street view (filmed August 2017) which shows the right hand side of the mural as it once was. 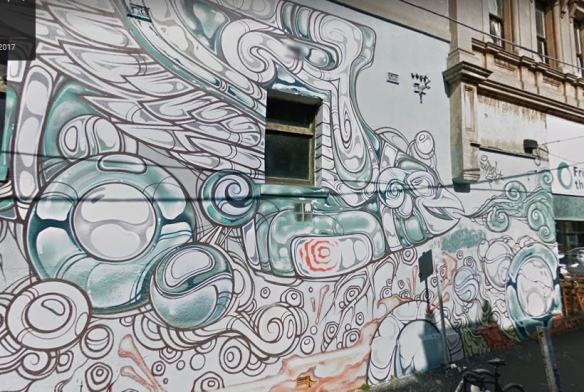