The old Mission Linen building is at the corner of South 1st Street and Coolidge Avenue in Las Vegas.  The following photos were taken when I was in Las Vegas in October 2015.  The east wall of the building (facing South Casino Center Blvd) was a canvas for a number of street artists in a project curated by Dr. Lepper.  It was covered when I saw it and it was being added to as well.

below: Artist John Pacheco was putting the finishing touches on a mural about Donald Trump and his wall.  It also features Gandhi, the Pope, and Mother Teresa.  Pacheco told me that he planned to paint the word ‘freiheit’, German for ‘freedom’, above the wall.  In hindsight, perhaps a word in Russian would have been more appropriate? 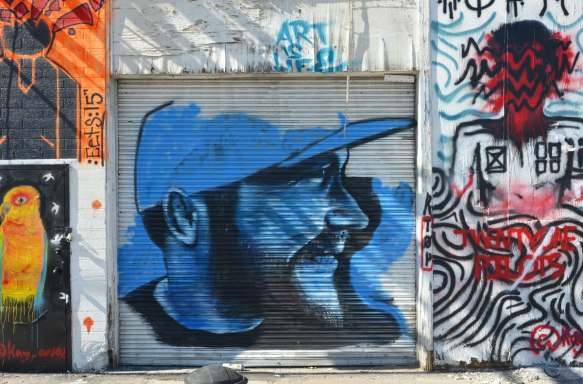 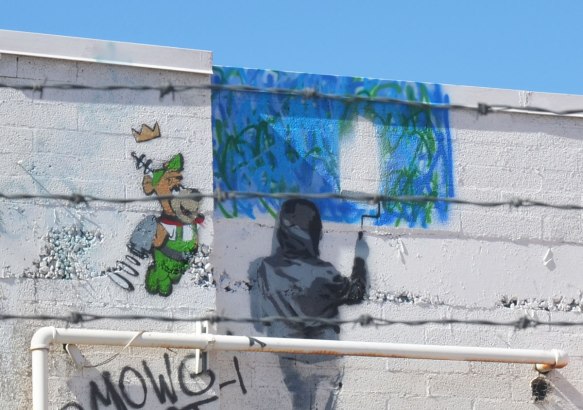 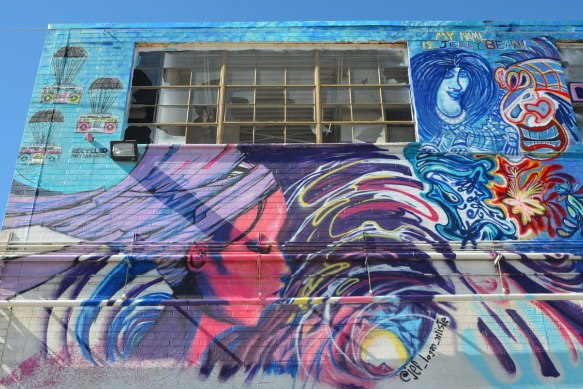 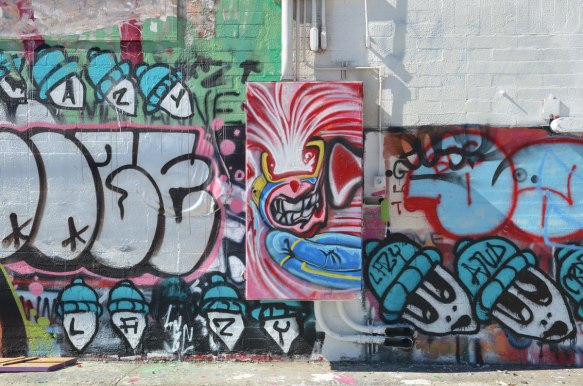 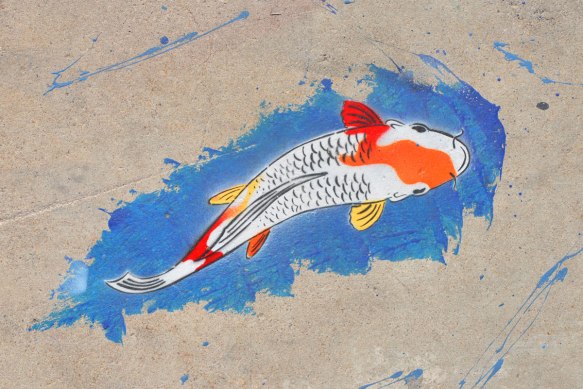 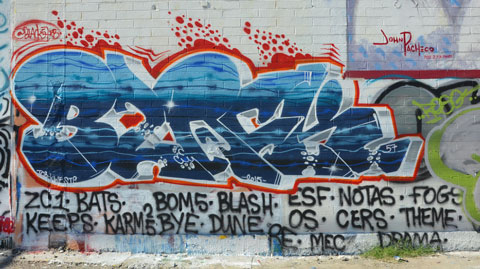