Like a number of cities have done, Denver has a district where large murals and other street art is encouraged.  In Denver’s case it is the River North (RiNo) Art District and the most street art is found along Larimer Street although I also found some at the top of Blake Street.  Here is the first batch of murals and paintings that I saw.

below: Love This City mural.  It is one of three ‘love’ murals, one in each of three neighbourhoods, by Pat Milbery.

below: A colourful head by Detour303

below: by Chris Spade.  Haven’t you always wanted an octopus on your head? 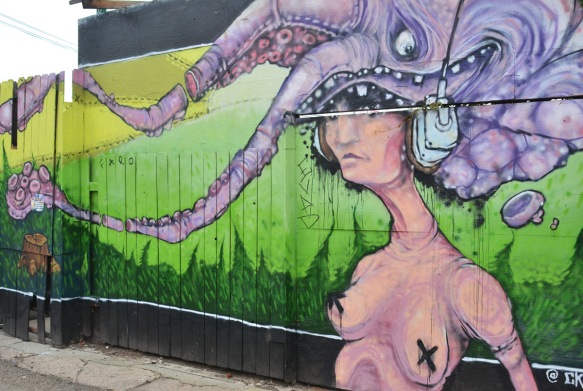 below: Snarling at people on the street.   Or maybe he’s screaming. 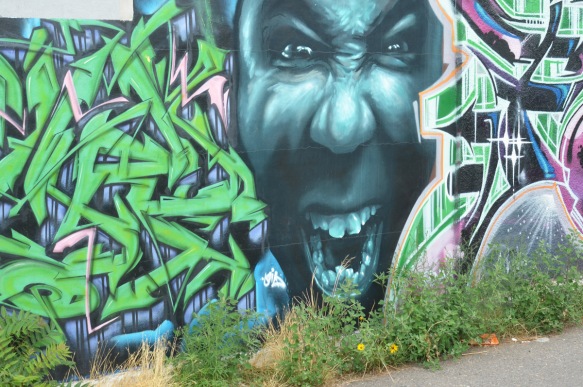 below:  A purplish woman in profile, with red and reddish circles. 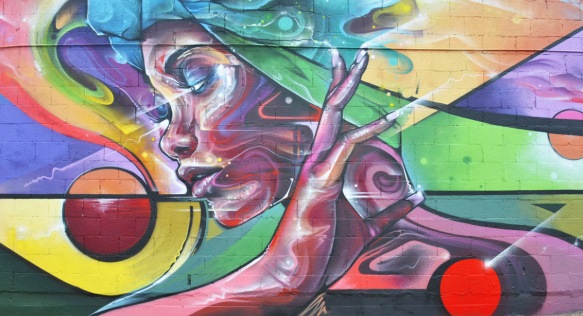 below: What one can do with a wall that isn’t flat.  From one side you see a boy, walk in the other direction and you see a girl.  Stand across the street and look straight at the building, the people disappear.  This is “Larimar Boy and Girl” by Jeremy Burns.

below: Peaking out from behind the porch 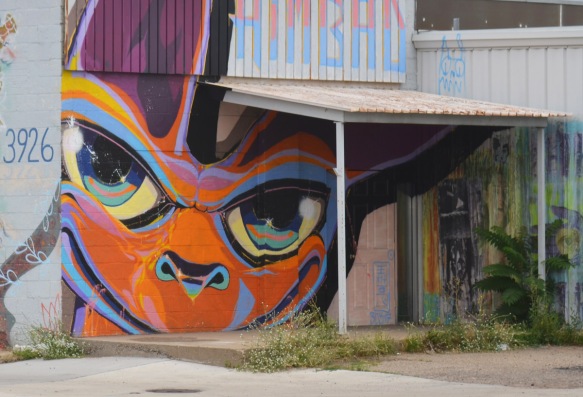 below: by Gamma Gallery 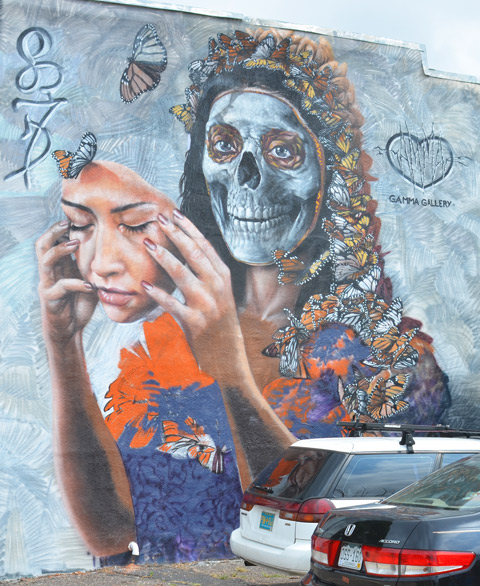 below: I am not sure if this mural, painted by Max Sansing (MAX) means anything.  The orange melting over the blue makes it look very creepy.  I like the little purple girl on the tire swing though.

below: Another colourful head on a door.  This one is by illson.

below: A grid pattern of stylized flowers on Blake Street.

below: Keep an open mind. 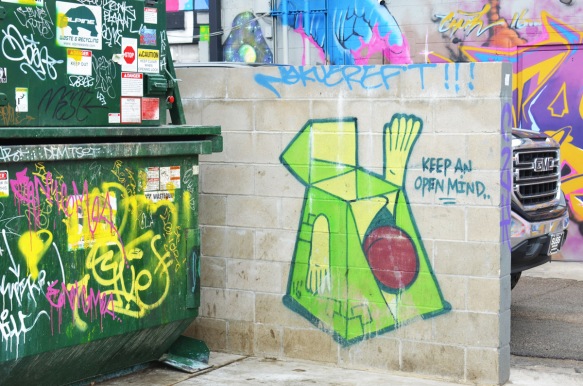 below: It’s an ad for Botanicare but it’s roots are in street art.