As I have walked around Melbourne, I have seen a number of paper paste-ups by street artist baby guerilla.  I’ve collected the photos that I have taken of these paste-ups in the past month and put them in one blog post.  Some of these photos have appeared in previous posts.

below: In downtown Melbourne near a construction site.

below:  McLean Alley, just around the corner from the above picture.

below: ‘Attack of the 50 Foot Woman’ 2015.  Part of the Big West Festival.  A woman is holding a soldier in one hand and a helicopter in the other.   Located in Footscray. 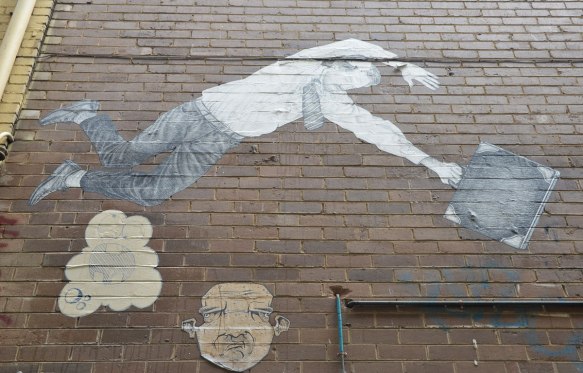 below: remnants, near Jewell station